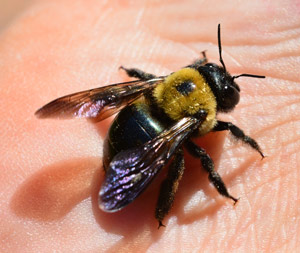 Carpenter bees look like bumble bees but without the usual yellow stripes. Unlike bumble bees, these bees are solitary bees. The adult one hibernates over winter in an abandoned nest and surface in the spring to feed. This type of stinging bee derives its name from its practice of boring into the wood just like what a carpenter does.

Actually, carpenter bees do not eat wood instead they feed on nectar and plant pollen. If you want to get rid of carpenter bees, paint or stain the wood to help deter them. Because these type of bees prefer bare, weathered and unpainted wood.

Caution: Although these type of bees are less aggressive than wasps, female carpenter bees keeping their nests will surely sting you a little. 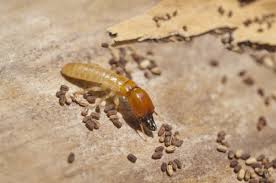 Drywood termites likes hid themselve as they are very difficult to detect. They live deep inside the wood and emerge during periods when they swarm.

Drywood termites generally live and feed in undecayed wood with low moisture content. Unlike other termites, they do not need any contact with the soil to live. They can also seriously damage wooden objects like furniture. In the United States, these tip of insects are found in Virginia, South Florida, and Northern California. 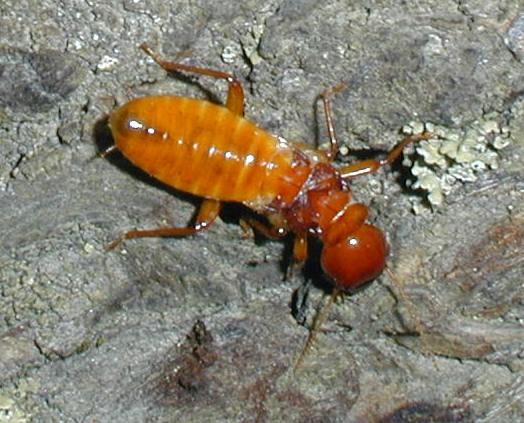 There are a few species of dampwood termites in the country. Dampwood termites are bigger as compared to the subterranean termites. These termites typically infest damp or decaying wood. They are commonly found in the Pacific Coast states, such as Idaho, Oregon, Montana, Northern Nevada, Northern California and Washington. Other less damaging type are found in Southern Florida and the Southwest area of the country.

Dampwood termites colonies are consist of three castes: the reproductives, soldiers, and workers or pseudergates. Pseudergates are the immature forms with no signs of wings. 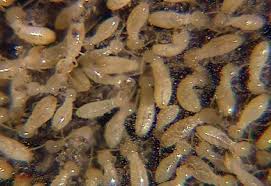 Subterranean termites cause more damage to houses in the country than fire and storms combined. A colony can contain up to 1,000,000 species. These type of termites nest in the soil to get moisture, but they also nest in timber that is always wet. They can easily nest at any wood in contact with the soil. If the wood is not in contact with the soil, they can always create mud tunnels to reach wood a few feet above the ground.

To help make your home vulnerable to subterranean termites attack, you also can reduce moisture sources and get rid of wood-to-ground contact. 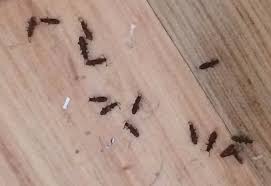 You can easily powder post beetles den. When the adults surface,especially during the month of June, some sod them leave pin size holes about in the surface of the wood; others make pencil lead size holes. 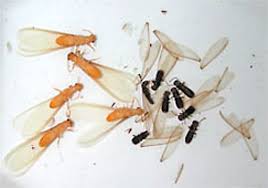 Formosan termites are a subterranean termite with distinct castes: alates/reproductive, workers and soldiers. Often called as super termites because they are the most aggressive and voracious.

These termites prefer warm weather and densely populate areas like in the southern part of America. Also called as as an introduced subterranean termite, they are found in states such as Alabama, California, Florida, Georgia, Hawaii, Texas, Mississippi, Louisiana, North Carolina, South Carolina, and Tennessee.