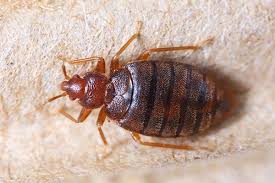 Bedbugs are brownish small insects that feed on the blood of humans as well as animals. Adult bedbugs usually have flat bodies like an an apple seed, but after they feed on their host, their bodies swell.

Bites on human skin are a quick indicator of bedbugs infestation, but these bites may look like bites of other insects like mosquitoes or rashes caused by fungal infection. Sadly, some individuals do not have this reaction to bedbug bites. 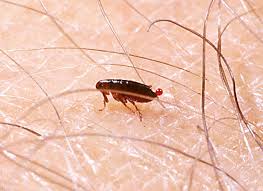 Fleas are tiny and wingless pest. Their bodies are reddish brown in color but shiny with compressed microscopic hair ato allow easy movement through your pets’ fur. Fleas can absolutey make your pets’ lives miserable and itchy. 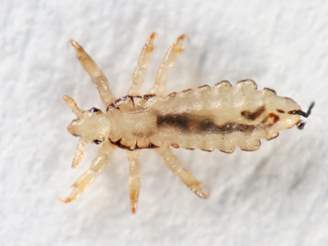 Human Lice are wing less pest that feeds on human blood. There are more than 3,000 species alike found worldwide. The most common types of these lice are body lice, crab lice, and head lice. These lice that are found on our body are not the same one from lice found on our head or on our public area. Body lice can only be found in humans.

Large infestations can lead to rashes with hard outer layer and numerous black spots from the lice. Proper hygiene like regular bathing and regularly washing of clothing and even bed linens are just enough to treat and prevent body lice infestations. 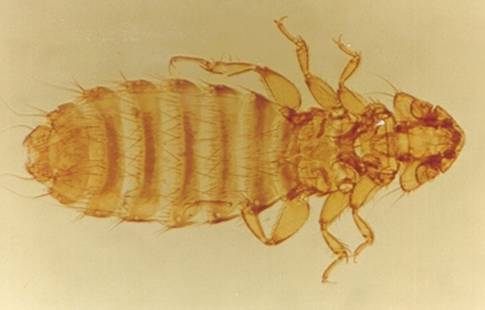 Sucking lice, formerly called Siphunculata, have approximately 500 species and represent the tiniest of the two long-established suborders of lice.

Sucking lice possess piercing mouthparts, which are used to suck the blood out of their hosts – mostly mammals, including human. They hang on their host hair with a single claw at the end of their legs. These sucking lice infections can be found worldwide, but the actual progress of events is unknown. Conditions with poor hygiene and overcrowding are factors on the increase of transmission. 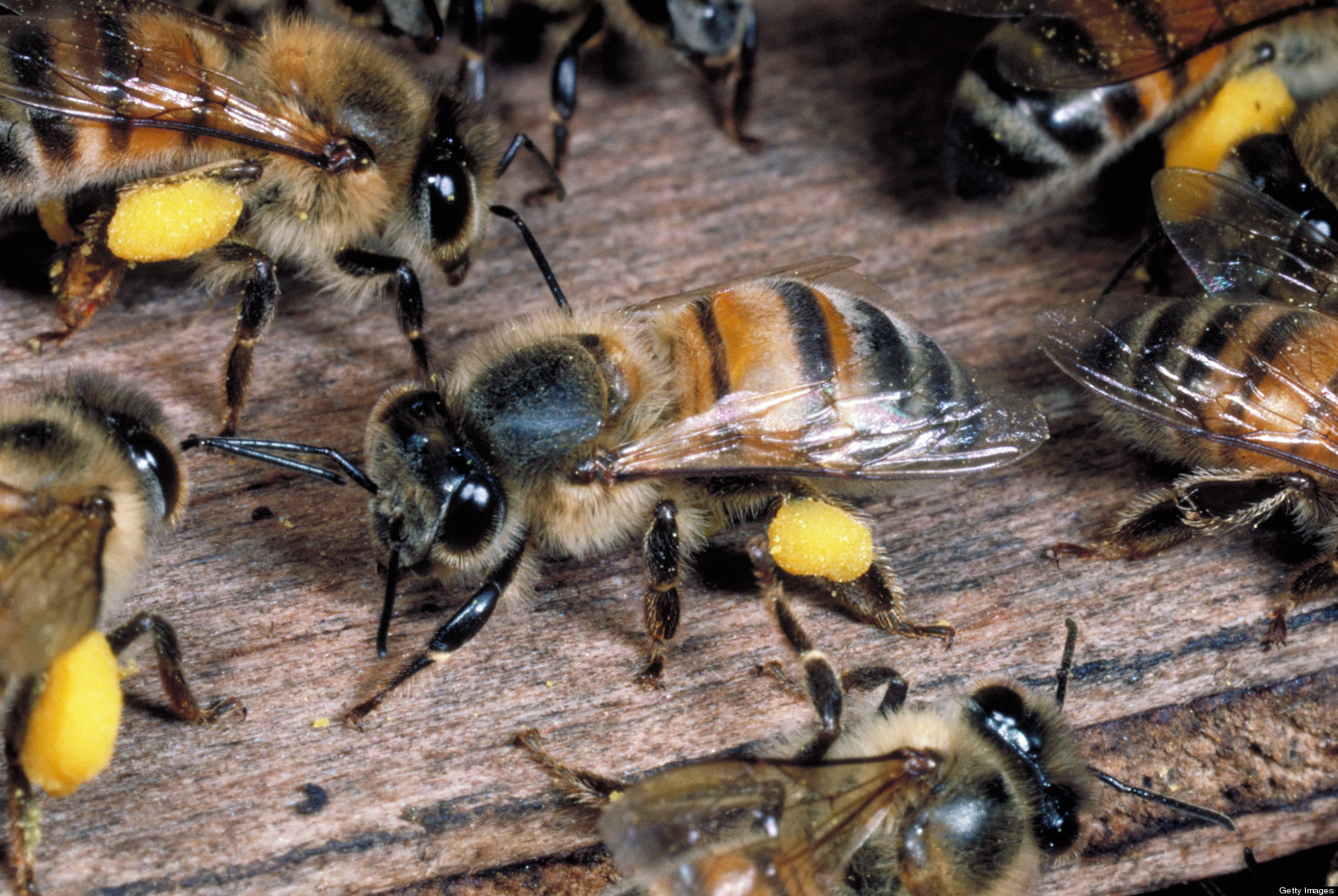 These Africanized honeybees start to spread outside. By the 80s, they had made it to Mexico. In 2014, studies show that these types of bees spread across California and they had reached San Francisco area. 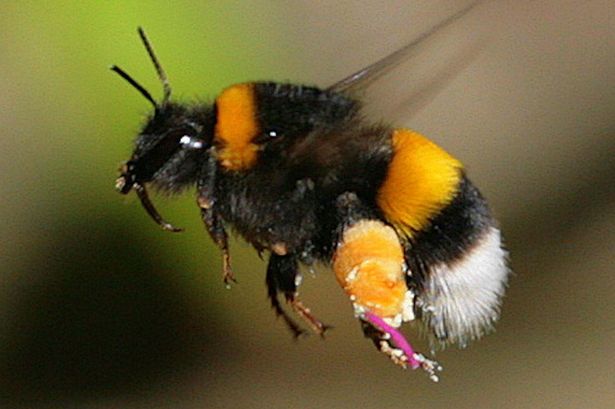 They are much larger but they don’t produce as much honey than the honeybees. On the other hand, they are very significant in pollinators. Without Bumblebees, food wouldn’t grow. 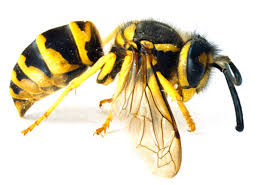 Yellow jackets prey on arthropods and other variety of insects. Yellow jackets will also go for human foods, especially meats and sweets. However, they are considered beneficial species because they eat other types of insects. 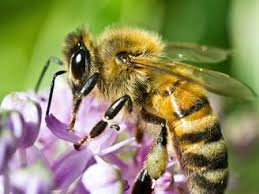 Honey bees are one of the most popular bees arount. However, they represent only a tiny groyp of bee species. They are members of the Apinae subfamily, which produce liquefied sugar, or popularly known as honey.

Honeybees are flying insects, and closely related to species ants and wasps. They can be found around the world, except for the Antarctica. Honey bees strength to fly are built for short trips – just from distance of flower to flower. Their tiny wings usually flap approximately 11,000 times per minute just to keep bodies aloft for the flight back home.

The main disease spreading groups of mosquitoes you’ll encounter are Anopheles, Culex and Aedes. In the event Mosquitoes become a nuisance our Mosquito Control Service can help in greatly reducing their numbers.

ANOPHELES Species (transmits Malaria) – The body of the adult Anopheles mosquito is dark brown to black in color and has three sections which are the head, thorax and abdomen. When resting, the stomach area of the anopheles mosquito species points upward, rather than being even with the surrounding surface like most mosquitoes. The female Anopheles mosquito will mate several times in her short life span, producing eggs after she has found a blood meal. Although she only lives a few weeks to a month, she will have been able to produce thousands of eggs during that time The Anopheles mosquito is known universally as the malaria mosquito species because it is considered the primary vector of the disease. It is also a transmitter of heartworm in dogs.

Mosquito Life CycleCULEX Species or House Mosquito (transmits Encephalitis) – Culex Tarsalis is a black mosquito with faint white bands on its proboscis and tarsal joints. It also has white stripes along the legs and dark chevrons on the abdomen. Both male and female feed on nectar and plant fluids. The female, when she is ready to lay eggs, feeds on the blood of both mammals and birds and prefers making an appearance from dawn to dusk. As with all female mosquitoes, a blood meal is necessary in order to reproduce. In spring the females generally feed on birds, while in late summer they seek out mammalian hosts, such as horses, cattle and humans. This species is known to contribute to the spreading of the West Nile virus, filariasis, and encephalitis.

AEDES Species or Asian Tiger Mosquito (transmits Zika Virus) – Aedes mosquitoes are visually distinct because they have black and white markings on their bodies and legs. They are active during the day in shaded areas and into the early evening. Females blood-feed primarily on humans in order to produce eggs. This species is a vector, or carrier for the following diseases, yellow fever, dengue fever, chikungunya. These viruses are passed on to humans through the bites of an infected female Aedes mosquito, which mainly acquires the virus while feeding on the blood of an infected person.

The main disease spreading groups of mosquitoes you’ll encounter are Anopheles, Culex and Aedes. In the event Mosquitoes become a nuisance our Mosquito Control Service can help in greatly reducing their numbers.

Appearance – Mosquitoes are small flying insects ranging from 1/8” to 3/9” long. They have small heads with large eyes, a thorax, abdomen, two wings and six very slender legs. Their coloring ranges from greyish-brown to black with white, green or blue markings. They have scales along the veins of their wings and long beak-like, sharp sucking mouth parts called a proboscis. These two features distinguish mosquitoes from other flies. Mosquitoes also have feathery or hairy antennae.

Eating Habits – They can be voracious feeders. A mosquito can show a weight gain of up to 140% with a single meal of blood. The females feed on the blood of mammals, birds, fish, reptiles and amphibians. Both males and females can feed on nectar and plant juices.

Life Cycle – Mosquitoes go through a four-stage life cycle: Egg, Larva, Pupa, and Adult. Female mosquitoes are ready to mate within a few hours after reaching their adult stage, and males are usually ready within 24 hours. Mating typically occurs while the mosquitoes are in flight, but sometimes it occurs on the ground. Most females need to obtain a blood meal before they can produce eggs. After the female mosquito obtains the blood meal, depending on species, she lays her eggs directly on the surface of stagnant water, or in a depression, or on the edge of a container where rainwater may collect and flood the eggs. The eggs hatch and a mosquito larva emerges. The larva/instar lives in the water, feeds on microscopic organisms, and then develops into the third stage of the life cycle called a pupa. The pupa also lives in the water, but no longer feeds. Finally, the mosquito emerges as a fully developed adult, ready to bite.

How long each stage lasts depends on both temperature and species characteristics. For instance, Culex might go through its life cycle in 14 days at 70° F and take only 10 days at 80° F. While other species can go through their entire life cycle in as little as four days or as long as one month.

Since 2003 West Nile virus, the most commonly transmitted disease from mosquitoes to humans, was responsible for 248 deaths in California.